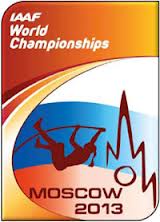 It has been a long road out of the moral wasteland of amateurism for running, and the sport still hasn’t made it all the way home.  In those critical years when the fight to open the sport was more of a pitched battle, a 38th-parallel type solution (see Korean Conflict) gave both sides breathing room, but left the sport a hybrid in the general public’s eye, neither amateur nor professional.

That truce remains largely in place today as the sport has formed up around independent contractor and event models that have rebuffed top-down cohesion while maintaining a vestige of its the amateur past by hiding what stakes it does offer in shoe contracts, appearance fees and time bonuses.  Add the revolving door of anonymous champions who come and go with increasing regularity up front as we tout fast times rather than fast individuals, and the lack of stars and rivalries breaking out of running’s insular bubble further erodes public consumption beyond the quadrennial binging at the Olympic Games.

And so here we are with a sport mired in irrelevancy in the overall sporting landscape with only drug use and Jamaica’s Usain Bolt holding Q Scores of public recognition. But now, in the wake of a successful London Olympics, and on the verge of a World Championships in Moscow, the IAAF has embarked on a social media program to assist in raising athlete profiles via what they call the IAAF Athletes’ Hub.

The following letter was sent out yesterday to athlete managers throughout the world from the office of Nick Davies, IAAF Deputy General Secretary and Director of Communications:

On behalf of the IAAF, I am proud to present a new exclusive promotional initiative which will be launched very soon on the IAAF official website.

In its long term communications and promotions strategy, the IAAF is constantly looking at new ways to help promote the sport and its stars and it is with great pleasure that we are in the process of introducing the IAAF Athletes’ Hub.

The IAAF Athletes’ Hub will be the number one landing page where athletics fans from all over the world will be able to follow the latest updates from all of our sport’s stars. The IAAF Athletes’ Hub will automatically generate the latest of each athletes’ Facebook posts and tweets onto this centralised platform creating a unique source of information solely and entirely dedicated to the athletes.

…We sincerely hope that you will embrace this new initiative and will help us make this a success. We truly believe that the IAAF Athletes’ Hub can soon become the number one reference for fans, media and sponsors around the world and will contribute to increase the profile of each of your athletes.

Here are a few manager responses:

The animus that decades of forced servility engendered in athletes and the assumption of the divine right of federations to rule as they saw fit has made for a furtive political landscape. As one cynical responder put it, “It always looks good when one unifies streams, but the IAAF doesn’t have much of a history of letting go.  So we’ll see what happens if some movement by athlete groups decides to use this social media aggregation as the obvious platform to shout for change.”

The past is always prologue, but it needn’t be dispositive.  Good will on both sides will be needed if the sport hopes to find the corrective for a decades-long decline that should motivate one and all to pull together rather than continue a debilitating internecine struggle. Creating stars and developing rivalries is one way to grow public interest.  The IAAF Athletes’ Hub might well be one path taking us in that direction.