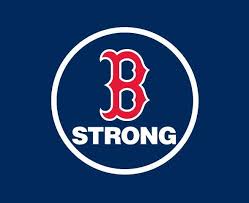 Below is a copy of a press release issued today by the Boston Athletic Association regarding the status of the 5000 runners who were unable to finish this year’s Boston Marathon after two bombs were set off near the Boylston Street finish line at 4:49:44 and 4:49:54 on the first-wave race clock.

It will be a difficult year ahead for the B.A.A. and the city of Boston as they walk the fine line between security, safety, and the open road of welcome that has always been the hallmark of the world’s oldest marathon.  This decision is an excellent first step.

“The opportunity to run down Boylston Street and to cross the finish line amid thousands of spectators is a significant part of the entire Boston Marathon experience,” said Tom Grilk, B.A.A. Executive Director. “With the opportunity to return and participate in 2014, we look forward to inviting back these athletes and we expect that most will renew their marathon training commitment. Boston spectators are known for their impassioned support and unbridled enthusiasm, and they will give these returning athletes some of the loudest cheers at next year’s race. We want to thank our participants for their patience as we continue to work through the details of arranging this accommodation for them, and we ask for continued patience from the running community as we plan the 2014 Boston Marathon next April.”

To be eligible, a 2013 Boston Marathon participant must have been an official entrant who started the race and who reached the half marathon mark in this year’s race on Monday, April 15. Registration for the 2014 Boston Marathon is scheduled to occur in September, and 2013 Boston Marathon participants who were unable to cross the finish line on Boylston Street will receive a non-transferable unique code in early August to be used for entry. An applicant’s entry will be guaranteed only during a designated registration period. Participants will be required to pay an entry fee, which has yet to be determined.

The B.A.A. has communicated by email to the participants in this year’s race who are eligible. Among the 5633 in this group are 2611 from Massachusetts and 726 who are international. In total, residents of 45 states and 47 countries are among this group. Also, the group is comprised of 2983 women and 2650 men and ages range from 18 to 82.

No decision has been made on the maximum field size for the 2014 Boston Marathon, including the number of qualifiers and invitational applications available. The B.A.A. will work with many partners, including public safety officials, before determining changes, if necessary, to the event and the race.