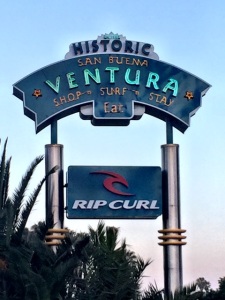 As I sit in my Dodge Charger rental outside the Bombay Bar in Ventura, California, marathon runners from the 5th Cliff Bar Mountains 2 Beach Marathon come limping by on their way to a post-race meal or to collect their cars for the drive home. Months of preparation went into their efforts, and not an inconsiderable few were gunning for a Boston Marathon qualifier, as M2B is ranked third most-likely-to-qualify-for-Boston by Marathonguide.com.

But the marathon, by any guide, is a tough hustle. And though the day was as California cool as any Beach Boy harmony could sing it, the road was just as long and measured as anywhere.

All seven Team Toya M2B runners set PRs today, ranging from Chris Wenger’s 1:33:29 in the half to Mo Jabbari’s 3:34:51 in the marathon, an hour improvement from his previous best. Yet Boston remained elusive. Notwithstanding, a good day all around.

M2B has become something of an annual trek on Memorial Day weekend. It’s a PR course, close enough to home, yet a road trip just the same up the famed Ventura Highway over the Conejo Grade north of L.A.

Though originally inhabited by the native Chumash people, then claimed by the Spanish, today Americana is planted deep into the soft sands and rolling hills of Ventura. It is one of those quintessential Cali beach towns where surfers are as plentiful as fluttering American flags, where the smell of hamburgers wafts over town on the ocean breezes, families amble idly along Main Street, and three guys push a stalled car into the Chevron station on Thompson Street.

Down along the beach where the marathon, half-marathon and 5km finish, Ventura’s pier juts out into the steel blue Pacific, while high atop California Street just blocks away city hall stands proudly overseeing its charges, framed by brown scrub-topped hills that ring the entire area.

After long weeks of training then a hard day of racing, Team Toya gathered for a celebratory lunch at Fiore’s Restaurant where laughs and memories flowed as spirits and appetites were filled.

So it is congrats to the racers, thumbs up to the organizers, and a salute of gratitude to all the veterans who gave the ultimate gift so that we and many, many more can continue to run free.

One thought on “SURFSIDE MARATHON IN VENTURA”