Lahaina, Maui – In 2003 Michael Lewis published Moneyball, his book telling how the Oakland Athletics baseball team implemented a more efficient and cost-effective way to evaluate players and strategize game situations based solely on data analysis. This approach led the Athletics to  player acquisitions that other teams had overlooked or disregarded, but more importantly, led to success on the diamond. 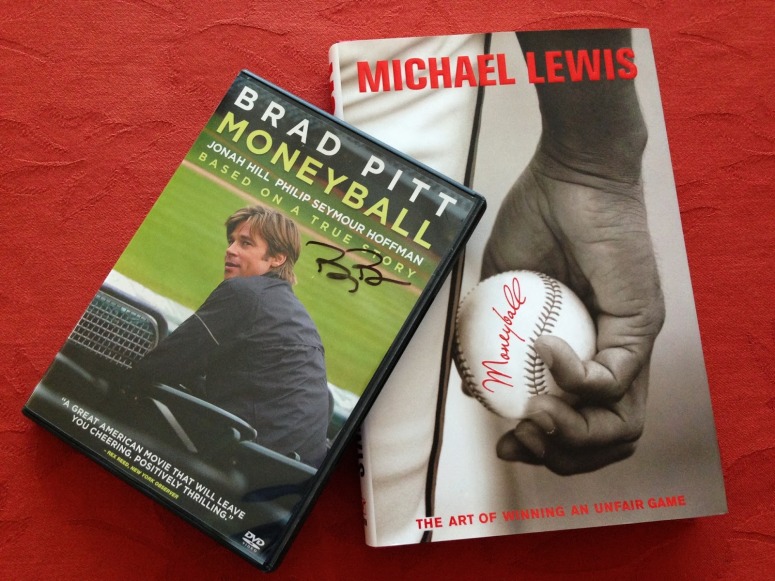 When the book came out, many a baseball expert was dismissive. But at some point they couldn’t argue with the success the A’s were having using their new methodology.

In the ensuing years, people in many other fields took up the Moneyball example to reevaluate their businesses, positing that if the old ways of analyzing baseball were in error, couldn’t other suppositions be open to reexamination, as well?

Remember when people used to think running the marathon wasn’t just a challenge, but a risk? 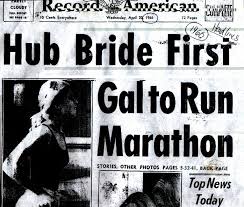 Bobbi Gibb, the first woman to run the Boston Marathon in 1966, had a father who thought the event was downright dangerous, and was angry at his daughter for even thinking about running it – “he thought I was mentally ill,” Bobbi recalled, “but he didn’t know I had been training.”

In Mr. Gibb’s defense, the entire mythology of the marathon was based on the Greek messenger Pheidippides running himself into the grave bringing word of victory in a battle against an invading Persian force 2500 years ago.

2400 years went by before somebody else tried the darn thing again,  at the inaugural Olympics of the modern era in Athens 1896. Then, after Boston took up the mantel in 1897, the event, while still a major challenge, was eventually stripped of its ‘maybe you’re going to die doing it’ element. It took time, but by the late 1970s the sport actually boomed, giving people everywhere a healthy goal and lifestyle purpose.

That’s the thing about a consensus belief, it’s readily accepted until the moment it’s not. Such is the scientific method and the manner of progress where observation and experimentation lead to the formulation and testing of hypotheses, and thus does evidence accumulate and knowledge expand. Of course, there are always science deniers, the proudly lunkheadish, but people generally accept what the data indicates.

It was not long ago when a school of thought held that trying to break four minutes in the mile was as physically dangerous as trying to break the sound barrier in flight, another thought-to-be-impossible endeavor.

In fact, that frisson of danger was a big part of The intrigue of long distance racing. Failure, after all, could happen, and you could be witness to it, ala the 1908 Olympic Marathon where Italian Dorando Pietri faltered badly and had to be assisted across the finish line like punch-drunk fighter, which got him disqualified and replaced by America’s Johnny Hayes as gold medalist. Or, recall the 1954 Commonwealth Games Marathon in Canada.  There England’s Jim Peters entered the stadium with a big lead only to hit the wall and collapse on the track like a sailor on a three-day pass.

There was a perverse car-crash appeal to such danger. That “playing at the edge” was the mindset for what a long, hard running effort might bring about.

Today, with improved coaching, better nutrition, and generations of experience, most of the danger once assigned to long distance running has been eliminated, especially for the top trained athletes. In fact, for the zoom-zoom types, it doesn’t even register a blip on their radar. It’s just a long speed race, as the current sub-two hour marathon projects illustrate.

When Bobbi Gibb hid in the forsythia bushes near the marathon start line in Hopkinton, Massachusetts on Patriot’s Day 1966, her sole aim was to complete the distance, because that is what she had trained to do. Today, the leading women of the sport start out not just to finish, but to test one another and the limits of speed over distance. Yet there still remain other suppositions that influence today’s athletes and coaches.

In 1984, Kenyan Olympic 10,000m silver medalist Michael Musyoki won the Dr. Scholl’s Pro Comfort 10K Series championship in Honolulu in 28:13, a state record that led nine men sub-29.  At the time, University of Michigan grads Jim Barahal and Jon Cross were serving as elite athlete coordinators for the Honolulu Marathon. In its early years, Honolulu was more of a low key end of the year excursion for athletes representing the marathon’s shoe sponsor rather than a major big-city athletic marathon.

But after watching Musyoki’s performance at Pro Comfort, a light went on for Barahal and Cross. Maybe the long-held assumption that people couldn’t run a fast marathon on the islands due to its heat, humidity, and hills was misplaced, too. So began the search for marathon talent to test their hypothesis.

Hussein kicked open the marathon winner’s circle for Kenyans in races around the world, and established Honolulu as the proving ground of champions, where lightly-regarded new talent was showcased.

But while Kenyans continued to dominate in Honolulu, too, their winning times on Oahu plateaued. Only Jimmy Muindi in 2004 could edge out Hussein’s 1986 course record, bringing the mark down just slightly to 2:11:12.

This past weekend, however, a new line was crossed in Honolulu’s Kapiolani Park. Not so much by Lawrence Cherono, who defended his 2016 course record 2:09:39 by erasing another 1:12 from the books, but by defending women’s winner, Brigid Kosgei, a 23 year-old who trains under 1996-’97 Honolulu men’s champion Erick Kimaiyo at his high-high training camp in Kapsait, Kenya, altitude 9000′.

Last Sunday young Ms. Kosgei bounced back from her 2:20:22 second place finish at the Chicago Marathon October 8th to destroy the 2006 Honolulu women’s record by over 5 minutes. What’s more, she ran her 2:22:15 by front-loading her pace, a cardinal error every coach would generally warn against.

Notwithstanding, Ms. Kosgei went out at the tail-end of the men’s lead pack with opponents Nancy Kiprop and two-time past Honolulu champ Joyce Chepkirui. Granted, conditions by Honolulu standards were quite nice, 71F, 78% humidity, and light NNW breezes at 5 mph. Still, 5:01 at the mile, 9:37 at 3K!? That’s sub-2:13 pace.

Though she adjusted to pass halfway in 1:11:50, Kosgei soon disposed of Chepkirui, then Kiprop at 25K. She cranked through a rain squall around Hawaii Kai, then filled her sails down the highway home.  The last half dropped in 1:10:25, including the long grade up to and climb over Diamond Head in the final miles. She lit the last 10K in 33:16, bringing a glow to the dawning Pacific off her left shoulder.

In 2008 & 2009 Kenya’s late, great Sammy Wanjiru announced a new era in marathon running when he attacked the Beijing Olympic Marathon course on a hot summer’s day as if he were on a 10k romp through a dewy meadow on a perfect spring morn. The following spring in London he goaded pacers into a first 10k of 28:30 on the way to a fading 2:05:10 win (following a 1:01:36 first half).

Wanjiru’s headlong effort in Beijing led to an Olympic record, in London to a brave victory. But together they changed the relationship between racers and the distance, stripping the distance of its mystique and giving marathoners everywhere a shot of courage at starting lines around the world.

Now that Brigid Kosgei has extended the Wanjiru legacy all the way out to  the mid-Pacific in Honolulu in December 2017, I wonder if another Moneyball reevaluation is now overdue for marathon running, as well? The folks in Honolulu have been playing it for years.

8 thoughts on “MONEYBALL FOR THE MARATHON?”