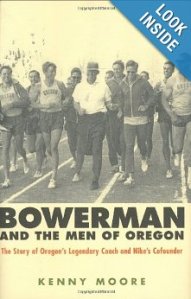 Perhaps best known for his many brilliant articles in Sports Illustrated, for whom he began writing in 1971 while still an active world-class marathoner, Kenny Moore later had his SI pieces compiled into the book, Best Efforts, a must-read for anyone who loves the sport as well as fine writing.  Moore was one of The Men of Oregon, the subtitle of his 2006 biography of the University of Oregon’s legendary coach Bill Bowerman.

In the following excerpt from the archives of my Runner’s Digest Radio show, the two-time Olympic marathoner who finished 14th in the Mexico City Games and an agonizingly close 4th in Munich `72 (behind U.S. teammate Frank Shorter’s gold), speaks to the commonality of running at a high effort.

I showcase Moore’s quote today in response to my previous post DUMBING DOWN, SLOWING DOWN which has generated quite a number of responses, including one from 2:19 marathoner Nate Pennington of Louisville, Ky., a former member of the US Army World Class Athlete Program and athletic llfestyle coach. 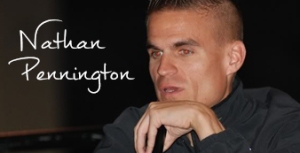 “You mentioned 7.15 pace is nothing impressive. Guess what, for someone who doesn’t have the talent level of a Mo Farah, 7.15 pace may be equivalent to Farah-type effort but those at the very top in the media world and athletics look down at these athletes as if they are second rate and not worthy of their time. They are working just as hard if not harder than these ‘elite’ athletes with the ability level that they have been given. I am nothing special yet I have run a 2.19 marathon and 1.07 half-marathon and never had much of talent other than the ability to enjoy running and make the best of my ability just like every runner in the race tries to do. The attention is always on the top runners but little is given to the sea of champions who are already out on the course, long forgotten because the media is too caught up in the top runner’s jock straps to pay them any mind. There is more to sport than simply running fast. Is there nothing remotely impressive about my 5.19 mile pace for 26.2 miles when the world record is 4.43 per mile pace?

You have been around for years and have done an outstanding job at commentating at numerous races. I’ve listened to you since I was in high school but I also know we have to give runners who aren’t at the top just as much credit, just as much attention. They are the men and women who are probably working multiple jobs, raising children and trying their best to make do with the time that they have.”

Thanks for the comment, Nate, and while I agree in principle that runners of all levels should be showcased in a best-world scenario, it remains true of running, as with all sports, that the top of the food chain is The Show in terms of media appeal.  But what running has been missing at its top level is what a a long-time observer of the sport referred to yesterday during a phone chat on the subject.

“Why did the NFL just hire Bruno Mars to sing at halftime of the Super Bowl?  Not because he’s the best singer, but because he is a popular entertertainer.  What race directors have done is hire fast people with no entertainment value.”

What Kenny Moore has long understood is that it is the extension of self that defines a runner, not the speed achieved.   But it is the lack of extension that seems to define today’s running movement from the previous one.  Thus, the connection of effort that used to join the front of the pack with the back has been severed.  If it can be repaired, we will once again see how much runners who try hard have in common, from the front of the pack to the back. Which is why, perhaps if properly staged, running could appeal to a much larger audience than it currently does, including its own participants, even as we in the media extend our coverage farther back than the lead pack.

8 thoughts on “KENNY MOORE – THE SENSATIONS OF RUNNING”