I am a purist at heart, one who believes in the redemptive power of effort in whatever form it may take.  Through a combination of luck, pluck and timing, running became the expression of effort that engaged me most fully.  And it has been in the hold of that expression that I have remained for the great swath of my adult life.

Looking back over that now lengthening span, I see how once upon a time racing used to be so simple, so elemental: one foot in front of the other, beginning with either, counting neither.  Truly, it was a heroic sport of thinly clad fools bent on making the connection that critic Edmund Wilson once ascribed to Ernest Hemingway in 1927, “…all that seems to him most painful is somehow closely bound up with what seems to him most enjoyable.”

This apparent paradox of pain-as-pleasure is why it is difficult to explain the sport of distance running to the uninitiated. I have often asked runners at races, ‘what is it about running that those that don’t do it, don’t get?’ as  the concept of the difficult pleasure is beyond the scope of most for whom the passive, purchased pleasure is preferred.

Much like learning to play a musical instrument, learning to run well takes time, dedication and practice; there is no short cut.  Only after a painstaking apprenticeship does one reach a level of proficiency that allows pleasure to be extracted from effort.  Yet it is that very investment in time and discomfort which leads, eventually, to the feeling of accomplishment upon reaching the finish line. 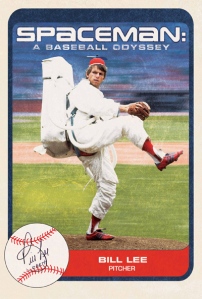 1970s Boston Red Sox baseball pitcher Bill “Spaceman” Lee, an avid runner himself, once said: “The whole purpose of life is to defeat gravity.” Well, racing on foot with the wind cutting hard across your face, lungs aching for air, is one of the ultimate expressions of that maxim.

As foot racing remains the most egalitarian of all sports, its soul — simplicity — guarantees the widest array of forms, from the world-class to the pedestrian. But even the joggers of the past strove for improvement, for such was life’s struggle brought to metaphoric form.  Somehow, somewhere, at some point, however, it changed.  Now glory has lost its luster.  Now, simply doing has become the equivalent of doing well.  Today, even the venerable Boston Marathon, the Olympics for the average runner, sports entrants with the thighs of Rosie Ruiz, who are awarded finisher’s medals rather than a stern chastising for excessive chafing over hallowed ground.

Speed has become a now-haggard siren whose charms have dimmed and whose call has faded.  And it’s a sad thing — though doing at all should not be diminished out of hand.  Yet this same attitude in the early 19th century would have engendered the following from Lewis to Clark: “Come on, Bill, Yankton, South Dakota is far enough. Slap another prairie dog on grill, and let’s head back.”

So, today, we witness the burgeoning catalog of heart rate monitors, GPS devices, sport watches, GU-carrying belts, electrolyte replacements, and wonder: what, exactly, are all these people prepping for, Admiral Peary’s expedition to the pole?  Is it merely God’s restless irony that has sent this on-rushing flood of technological doo-dads to drown the seeds of speed in the sport ?  What ever happened to stripped-down racing?

18 thoughts on “IN SEARCH OF THE DIFFICULT PLEASURE”