Ever find yourself standing around somewhere – maybe Costco or Target – and realize you’re doing some made up yoga pose in the middle of the aisle?  Maybe the wife is looking at another variety of scented candle, so you begin moving your chi around to get that pelvis lined up or stretch out that tight right hammy?  Then all of a sudden you realize what you’re doing, look around to see if anybody’s watching, get a little self-conscious and stop?

There’s your kid/adult crossroads, right there, in those small unselfconscious moments of internal disregard to public awareness. It’s when we begin to give a sh•t what other people think that we lose our innocence and conformity sets in — along with the tightening that gives rise to need for yoga in the first place .

It’s us against the robots far as I can see. Progressives have accepted a robot future, despite knowing that we’ll have to fight them eventually. But for those fighting like mad already to turn the world back to the 7th or 8th century, the hope is to choke off the development of Bots before the need for battle eventuates. There were no robot worries in the 7th or 8th century, so let’s go there. Road to ruin. But isn’t it all? 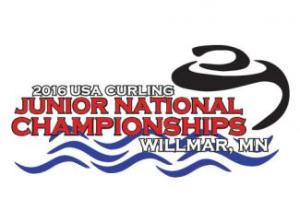 The sport made a big mistake by limiting its focus to the participation side. The hero angle, the Big Fight promotion is where the pay-per-view money could have been developed.  Instead even the top races have become primarily a series of private quests without an outside rooting interest.

Trump is right. We’ve become a nation of losers. Look at all the people who show up at a race and lose. And we accept it.

I’m just asking out of curiosity — I’m not suggesting — but do you ever feel like getting a little rank? You know, take a few days off from showering and shaving?  Maybe more than a few? Just wondering. I’m not talking about some Leo DiCaprio Revenant experience, or the 24-hour flight from Nairobi. I mean layering on the funk in regular, everyday existence.

I know, it sounds disgusting. And it is. I’m just saying that sometimes the funk feels good, puts you in touch with your elemental self, creates a seal against the fakery, protects you against the outer world and all the phonies. I’m just talking a little occasional Pig Pen action. You ought to think about. Let the juices percolate for a while before you start scratchin’, itchin’, and flakin’. Before you know it, you’ve got a whole new microcosm going on.

I’m not suggesting you stop brushing your teeth, though, cause that’s some nasty bacteria in a closed environment. And I’m not saying go hang around under bridges or viaducts, either, cause that would be invading the turf of the homeless. But other than that, I’d say get a little greasy.

Hey, and with the water crisis in California, you’d be doing your part environmentally, too.  Just thinking.

Are you sick of people “owning it”?

You don’t “own it”, you accept responsibility for it. Stop pretending your emotions have consumer habits. They don’t own squat.

There never used to be, nor was there intended to be, a healthy competition between teacher and student.  Back in the day teachers ruled with an iron hand, or at least a metallic one. We were afraid of our teachers and with good cause. They could smack us around, and not only get away with it, but have parental backing and permission.

Our nuns wore wedding rings, ostensibly to acknowledge their metaphoric “marriage” to the church. But the way we experienced it, those rings were weaponry, and our noggins were the targets.

It started going off the rails in 1972 when schools began calling the library the Learning Resource Center. Kids, you’ve got bigger problems than book depository semantics, believe me.

As we congratulate our friends at Bring Back the Mile on their  fourth anniversary, and see how the NCAA is going back from the 1500 meters to the mile, in the wake of the current doping and corruption scandals at the IAAF where nobody believes in the world records anymore, rather than wiping the books clean — as some in Great Britain have proposed — why not just begin anew with another set of distances?  All you’d have to do is go back to the 100 yards the 220, 440, 880, mile, 3-mile and 6-mile. Change distances, not records. In marathon go back to the exact distance between Marathon and Athens or 40km.  Problem solved.