What were they thinking — or not thinking, as the case may be? In a race that close, the stakes so high, I mean, why didn’t Wilson Kipsang invite Keninise Bekele’s goat-getter (maybe Mo Farah) onto the Berlin Marathon press truck just to needle him a little in the final kilometers? In a marathon 10-seconds is a blink. It wouldn’t have taken very much to throw him off his game. Didn’t these guys follow news reports between training sessions?

The BMW Berlin Marathon might have kicked off the 2016 Abbott World Marathon Majors fall campaign in real style (Bekele in 2:03:03 to Kipsang’s 2:03:13), but there’s no doubt which is the major race of the season.

So as Keninise and Wilson recover from their bruising battle in Berlin, Hillary Clinton and Donald Trump will meet up tomorrow night in the first of three presidential debates at Long Island’s Hofstra University. 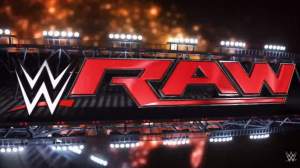 Dont know about you, but I think we just reached the WWE point of no return. This ought to put the world’s mind to rest about America’s leadership qualities.

With the world a bubbling cauldron and the nation once again straddling a racial knife’s edge, both campaigns have brought in a ringer to try and throw their opponent off his/her game? Just think in terms of Nixon-Kennedy in 1960 to see how far we’ve come in our political dialogue.

Bringing it back to the running world, what have we always been taught? Run your own race, not the other guy’s. And this kind of Vince McMahon promotion is right up Donald’s alley.  He’s been on Wrestlemania!

For my counting that means the Trumpster has already won round one. Maybe Hillary can find her footing next time when they bring in the steel cage.