With the end of the Cold War reawakening centuries old ethnic animus, and modernity exerting economic pressure on limited resources, the reordering of the world continues along a rancorous course as globalization comes into opposition against national political interests.

Whether we see it expressed in separatist referenda in Catalonia, Venice and Scotland, or via the ongoing crisis in Crimea, nationalist movements are on the rise as peoples affiliated culturally and linguistically seek independence from the larger nations that contain them politically.

So, too, has reordering involved the realm of sport. The Amateur Sports Act of 1978 broke up the old Amateur Athletic Union (AAU) while providing national governing bodies for each Olympic sport individually.  In that restructuring, track and field, race walking and long distance running were lumped together under the same umbrella called The Athletics Congress (TAC), today known as USA Track & Field (USATF).

But just as nations undergo constant shifts in populations and affiliations, so has the relative scope of USATF’s component parts undergone fundamental change in the last three-plus decades.  Over that time road racing’s mature numbers have grown to dwarf those of track and race walking, such that road racing has become to track & field what black South Africa had traditionally been to white South Africa during the days of apartheid, a population majority holding a minority political base.

Part of this imbalance stems from the fact that road running was in its infancy when the AAU was broken up.  But today, over 30 million Americans are self-professed runners, 15.5 million of whom actively participate in road racing, more than a half-million in marathons alone. Yet, as of December 2013, USATF had a membership of 115,000, 67% of which came from its youth division.  What’s more, marathons in Boston, New York, and Columbus, Ohio, which once required USATF membership to gain entry,  have long since done away with that requirement, seeing no reciprocal benefit for the necessity. Thus, the questions which culminated in South Africa’s first free elections in 1993 that brought Nelson Mandela to the presidency have, over the years, found their way into the circles of road racing, to wit: should road racing remain under the umbrella of USATF in its minority position, or should it attempt to strike out on its own to form an autonomous union with members of its own ranks, and in so doing allow USATF the freedom to better serve its more historically aligned constituencies?

Evidence that peaceful coexistence almost never works in societies that are highly divided along religious, linguistic and cultural fault lines is overwhelming. Besides Yugoslavia, Czechoslovakia and the Soviet Union, examples of multi-national countries that have failed are numerous: Cyprus, Lebanon, Sri Lanka, and Sudan to name a few more. In a similar sense, post-collegiate track & field itself is little more than an amalgam of disciplines sharing a venue.  Unlike high school and collegiate track, there is no team scoring, and no event inter-connectivity. The cultures of sprints, jumps, throws, walking, middle and long-distance all align with their own distinct communities, and that’s before road, mountain, trail and ultra running  enter the USATF scrum.  And even that doesn’t begin to consider the gulf that exists between the professional and amateur sides of the sport, or the distinctions that separate the youth, open, and masters constituencies from one another.

Like any agency with too thin a budget and too broad a portfolio, USA Track & Field has become a prisoner of its own constitution.  Not that there haven’t been differences in leadership, but irrespective of who has sat as head of the organization USATF has been unable to extract itself from the knot of futility and frustration defined by its own internal inconsistencies. Without a common goal to bind its component parts, each discipline finds itself competing for limited resources, constraining the growth of any in the process. Consider if Little League Baseball, Slow Pitch Softball, Wiffle Ball and Major League Baseball all came under the same organizational umbrella, with MLB having no standing, more or less, than any other component.  What odds of success would you offer that arrangement?

“Where the multi-ethnic federation has utterly collapsed, it may be better to create two or more new, relatively homogenous nation states than to try to piece the wreckage together with ingenious, but unworkable, power-sharing schemes.” (Pg. 98, Foreign Affairs, May/June 1994 “In Defense of Liberal Nationalism”) 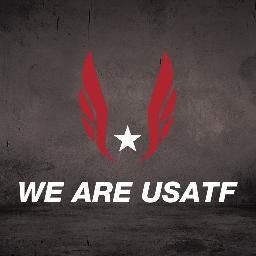 Congress adopted the Amateur Sports Act of 1978 in response to long-standing criticisms of the AAU for its paternalistic policies toward women, and, ironically, for banning runners who competed against others with shoe-company sponsorships. Today, the need for fundamental change, for pruning, isn’t suggested due to bad faith or wrong doing as such.   Instead it is to relieve the pressure exerted by too many competing constituencies, each with its own goals, needs, and fierce advocates. With no clear center of mass, there is always going to be a curve ball coming.   The disqualification controversies in the men’s and women’s 3000-meters at the 2014 U.S. Indoor Nationals are only the latest examples.   In 2012 it was the Allyson Felix – Jeneba Tarmoh dead-heat in the Olympic Trials 100-meter final. In 2011 it was athletes and officials clashing over logo restrictions at the USATF annual meeting in St. Louis. And so it goes, leading others in the industry to call for a separation between the professional wing of track & field and the amateur – notably Garry Hill, Editor of Track & Field News.

At last December’s USATF annual meeting in Indianapolis, “the whiff that all was not quite so rosy in the minds of the rank and file within the organization began to permeate the assembly hall,” reported Phil Stewart in his Road Race Management newsletter. “The conflict…was over (USATF CEO Max) Siegel’s (and the Board’s) power to make key marketing and promotional decisions and their accountability to the constituent groups within the organization.” The issue last December was the rewarding of the 2016 U.S. Olympic Marathon Trials, which eventually went to Los Angeles over 2012 host Houston.

But the problem for which there is no solution is “the conflict over Siegel’s (and the Board’s) power to make key marketing and promotional decisions and their accountability to the constituent groups within the organization”. The constituent groups of USATF are not, nor were they designed to be, a smoothly running, integrated business model. The 1978 Amateur Sports Act was designed for “amateur” sports even as today’s problems and limitations exist on the professional side which has no specific representation.

While other professional sports are conducted in conjunction with their  athletes (and representatives) who then work hand-in-glove with their NGBs at national championships and international competitions, including the Olympics, it is because track & field and road racing are not only governed but marketed by an NGB alone that we see a once well-recognized sport no longer hold that elevated position.

With so many internally inconsistent disciplines organized under one banner, each restricted by the presence of the others, a Gordian knot of irreconcilability has only tightened over the years. For all aspects of this multi-national sport to flourish, a more focused, individual approach to governance and marketing is required. In the United Kingdom Run Britain administers road running as an autonomous wing of UK Athletics.

The recent National Labor Relations Board ruling that Northwestern University football players are “employees” of the university, and therefore can unionize to negotiate the terms of their employment, has thrown a potential wrench into the entire NCAA “amateur” sports mechanism.  It has also given a welcome boost to fledgling athlete unions like the Track & Field Athletes Association (TFAA) and Professional Athletes Association of Kenya (PAAK).   The growth of these unions has been necessitated by the continuing denial of athlete representation in the halls of power, and the concurrent  descent of track & field and road racing as viable professional sporting entertainments over the last thirty years — even as the second running boom continues to draw new participants to the activity of running worldwide.

The way sports in America are consumed has changed. Constituencies change. Yes, American track & field still wins more Olympic medals than any other nation, but look where the sport is in relation to other sports! “There I was, (annual IEG Sponsorship Conference) in a room full of sports executives, marketers, sponsorship agency professionals, event producers, non-profits and corporate sponsors, and not a single person knew that professional track & field exists in America,” writes George Perry on the Austin Track Club blog.

USATF is now 36 years old and under its fourth administrative head. That is more than a fair sample of years and leadership styles to have tested the viability of the organization’s original charter.   What has become abundantly clear is that this one-size-fits-all organizational model, while well intentioned, is over-burdened, under-funded, and simply a vestigial relic of a time now passed.  In the final analysis, like its predecessor the AAU, USATF has proven to be an unsuccessful model in dealing with the varied requirements of sport in the second decade of the 21st century, and thus needs to be restructured in order to better address the challenges that face it.

14 thoughts on “CUTTING THE GORDIAN KNOT”