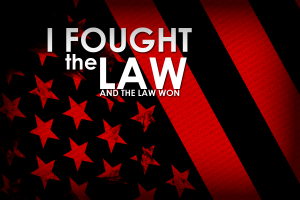 While the clock tells no lies, neither does it ask any questions. Instead it merely records our passing in cold indifference. And so in athletics’ ongoing fight to rid itself of the scourge of fraudulent performance the question arises, where does the responsibility for actually giving a damn lie? And, is drug testing in and of itself enough to achieve the goal?

I ask because based on the evidence of continued PED use, and the institutional corruption that allowed and benefited from it, one might conclude that the intended deterrence has not been achieved, and that some other stick or carrot may be required.

That thought was brought to mind yesterday while watching Alabama Senator Jeff Sessions appear at his confirmation hearing before Congress as Attorney General designate.  During one exchange Senator Sessions said the following in response to whether fraudulent speech is protected under the First Amendment to the Constitution:

In the case of performance-enhancing drug use the intent is specifically ‘to obtain a thing of value’, i.e. race prize money. Therefore, when a WADA doping control officer goes over the doping control official record at time of testing, a negative declaration by the tested athlete becomes, in fact, a form of speech, and therefore should be considered a prosecutable offense if subsequent testing produces a positive finding of drug use. The same ask-and-answer should be required of appropriate coaches, managers, and federation officials, as each category has been found complicit in past PED distribution. No accusations, mind you, simply covering bases.

Some argue for the outright legalization of PED use, arguing that the current ban has fallen short of solving the problem while imposing an undue cost on events, athletes, and federations alike. But what if the penalties are, in fact, incorrectly imposed?  What are the constraints on making PED use a criminal rather than sporting offense?  If the sums of money involved would constitute a felony if simply stolen, why is PED use just considered cheating, and not fraud?

First of all, cheating is simply the wrong word.  Cheating is peaking over at Mike Sinner’s desk to get answers on a 5th grade math test.  But it isn’t fraud in the same sense as taking thousands of dollars out of somebody else’s pocket under false or deceptive pretenses.

(ADDED:  Cheating is the act of deception, while fraud is the act carried out for the purpose of unlawful gain. In that sense, it might have been considered simply cheating in the old amateur days when there was no financial gain involved in racing. But once prize money was offered, the offense was elevated to fraud.)

So is the problem jurisdictional? How did U.S. Attorney General Loretta Lynch overcome that constraint in 2015 when her office ordered a dawn raid on a hotel in Switzerland, and subsequently brought indictments against nine FIFA officials and five corporate executives? (BTW, what’s become of those indictments?  Things have gone silent for several months, and the insects have scattered).

But what would constrain athletics from such a plan of action?  Or, as one cynical insider suggested, “the interest in running isn’t big enough.  Nobody cares.  FIFA had big money involved in sponsorships and awarding the World Cup.  Running’s money isn’t at that level.”

Without going beyond the current protocols, which have proven wholly inadequate in addressing the problem, how serious is the sport in freeing itself from what is clearly an existential threat?

We can see how much damage has been done by the endless years of drug positives and institutional greed in something as simple as the hot-stove talk about Ethiopian star Kenenisa Bekele‘s coming appearance at the January 20th Dubai Marathon. While some of us still discuss the pros and cons of his possible performance in purely sporting terms, GEEKING ON KENENISA’S NUMBERS, there are others who dismiss whatever the outcome may be due to the cynical assumption that anything too good can’t possibly be on the level, and “drug-testing in Ethiopia is all but non-existent.”