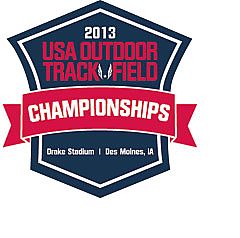 If we can bitch and moan when things aren’t being done well — and God knows I have — then we must salute when something is.  So while track & field (“athletics” to the rest of the world) may still be well behind the curve of other individual sports like golf and tennis in terms of having its own broadcast channel, under new CEO Max Siegel USATF is launching an array of media coverage for its upcoming National Championships in Des Moines, Iowa that should make even die-hard critics doff their caps in recognition of progress.  The following presser was released today on the eve of the USATF Championships.

With 50 hours of webcasting coverage and nine hours of national television coverage, 2013 marks USATF’s most aggressive national media distribution of a national championship to date.

“This weekend is just the start of our aggressive digital media strategy, which will build throughout the summer and into 2014,” said USATF CEO Max Siegel. “Fans will find more and more sophisticated event coverage, as well as a range of creative programming and behind-the-scenes footage as we continue to develop USATF.TV.”

With 50 hours of webcasting coverage, the schedule continues through June 23rd, with webcasts featuring running events, race walks and field events. The webcast will complement USATF’s robust TV coverage for the meet, which begins Friday, June 21 and includes nine hours of coverage of ESPN, Universal Sports, the NBC Sports Network and NBC. During the live TV broadcasts, the webcast will switch to field event coverage.

Yet running, in all its permutations, continues to proliferate around the globe, with almost all of it independent and unaffiliated, thereby robbing the sport of the synergy of cohesion.  Though, in March of this year Competitor Group in San Diego, purveyors of the popular Rock `n` Roll Marathons, announced its Half Marathon Grand Prix, a two-year, 30-race, age-group and professional series with a prize purse of $240,000.  So there is movement afoot.
With his own background in sports marketing, entertainment, and media, Max Siegel has seen how the “other worlds” function.  If he can take that experience and convince the other stake holders in the sport, and his bureaucratic brethren in Indy, to follow his lead toward a more mainstream position, as USATF.TV suggests on its face, who knows where the damn thing might eventually go.
What’s also interesting is that the USATF.TV homepage seems to indicate that it is an offshoot of RunnerSpace.com, which for years has been streaming coverage of the USA Running Circuit, the road championships series which is also under the auspices of USATF.  Yet now for track and field, the platform has been branded as USATF.TV.
As ever, let’s wait and see.  But this looks like they are off on the right foot.
END

2 thoughts on “USATF.TV TO DEBUT AT NATIONALS IN DES MOINES”